Today’s visit completes the Waterloo and City line with the day spent at Bank, originally called City when the line was first opened. For those of you who know the area, you’ll know it for it’s traffic; imposing buildings and architecture and of course the Old Lady of Threadneedle Street herself – the Bank of England

All the buildings are confined within the ‘square mile’ and today’s visit rarely stepped outside of its boundaries as the area which is steeped in history, lends itself to awe and wonder. The City (or square mile) is demarcated at its boundaries by dragons as its symbol, and public furniture adorned with The City’s coat of arms. 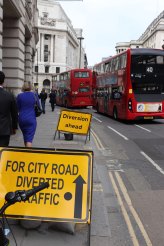 Whilst standing on the steps of the Royal Exchange with the building behind me, I take in the mini piazza ahead of me where workers and tourists either take time for a moment’s contemplation, or rush from one of the many underground exits from one side of Bank to another. To my left is a memorial to James Henry Greathead, an engineer who invented a way of building the tube network, and beyond is Mansion House with the Bank of England dominating my right view. 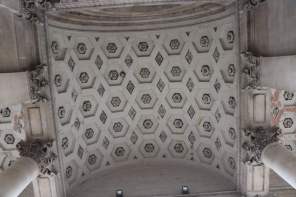 Next a walk around the Bank of England, a route I’ve taken many a time over the years, but this time I stumble across the Bank of England Museum entrance. An entrance I must have passed before, but without realising, so I find myself drawn inside. Understanding it’s a free museum, I decide to have a look around. The museum, as you’d expect, recounts the history of the building, the history of money, displays of currency through the years and an explanation on how today’s economy is managed. An interesting insight and great for school trips, as was my luck to get caught in the melee of one. But there is a nice interactive exhibition – a real gold ingot in a perspex case with a hand hole inviting you to pick up the ingot. No worries of running off with it though as the ingot is contained within a claw like container – but a good way to realise the weight of real gold 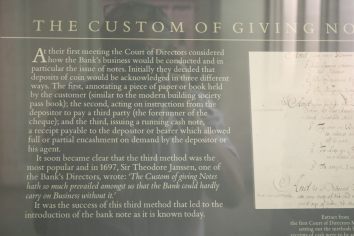 Back out of the building and a wander around the back streets which interconnect with the main roads via alleys and cutaways which you can envisage being the centre of hustle and bustle in the 18th and 19th Centuries. I pass the City of London Magistrates Court and head over to The Parish Church of St Stephen Walbrook, a 17th century church, next to Mansion House and now dwarfed by modern financial buildings: The Walbrook Building, and a monstrously ugly and totally characterless Bloomberg building. 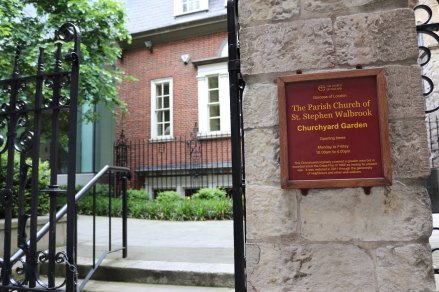 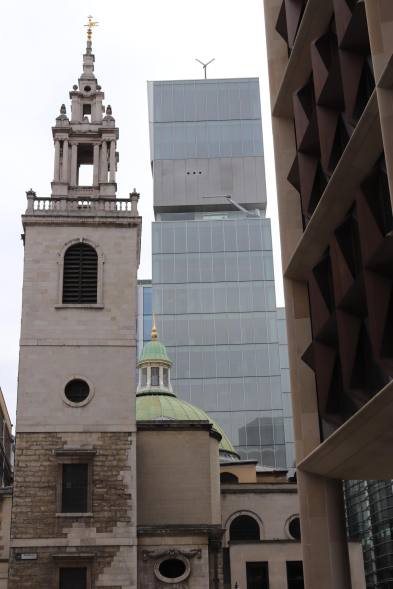 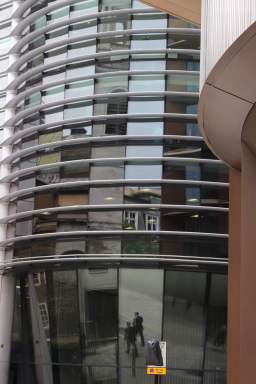 The church prides itself with having a high domed roof built by Sir Christopher Wren as a trial before he built the one on St Paul’s Cathedral, and a large round altar as a centrepiece to the church. I spent some time talking with Victor, one of the Church helpers, who explained that one of the church’s previous rectors (Dr Chad Varah) founded the Samaritans and the original phone used to accept calls on the number ‘Mansion House 9000’ is on display. 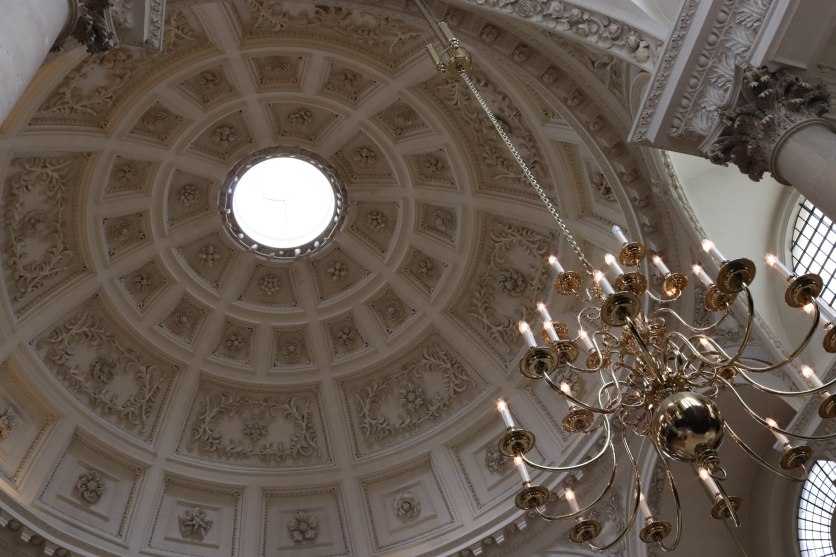 Back out and I stroll around the Bloomberg building looking for the entrance to the London Mithraeum which is situated under the building, but to no avail, and even the security guards on the building’s main entrance couldn’t offer any directions. Hmmm, not impressed so I head back to the mini piazza and head up Lombard Street through George Yard and Bell Inn Yard crossing Gracehcurch into Leadenhall Market; originally a meat and poultry market but now a fashionable market for wining, dining and shopping. It’s late lunchtime and the market is busy with nearby office workers and tourists enjoying a bite to eat. Ah! I remember those days…

For more info, look up Bank on Wikipedia

40 years today with this lovely lady. Happy Anniversary Mrs T... Xxxc
Yesterday's day out in Abbey Wood to Tfl's ghost station. Read about it in my next blog...
Battersea Power Station (station?!) - my first of three visits to an 'under construction' end of the line...@batterseapwrstn
Go check out Talking Heads at Battersea Power Station @batterseapwrstn
...and so I've now visited all the ends of the TFL network. But worry not, the travels continue. Watch out for bonus blogs as I visit those new ends of the line that are currently under construction...
Final selection from Reading...